Should The Cross Polarised Antenna On My House Be Polarized The Same Way As The Cell Tower MIMO Antennas?

To elaborate on the following question: Customers noted that in some cases the LTE antennas on the Mobile Network Operator’s tower is polarized +-45 degrees and sometimes vertically polarised (0 degrees). They wanted to know if they should match the polarization of the antenna on their house to the antenna of the tower?

Using 0/90 degrees or +45/-45 degrees on the customer end will not matter much, as the cellular signal reflects, refracts, etc. and will not necessarily arrive at the same polarisation (unlike point to point links, e.g. microwave links). The difference in polarisation is to achieve sufficient decorrelation (difference of arriving signals) between the antennas, so either 0/90 degrees or +45/-45 degrees will do. This will help for diversity and for MIMO performance.

So, to summarise; it doesn’t matter whether your customer premise antenna is +45/-45° or 0° and 90°, the system will compensate for the misalignment. It makes absolutely no difference at what angle you mount the XPOL antenna. 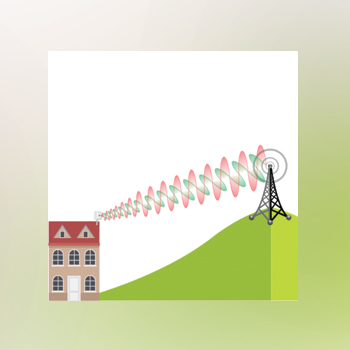