We spoke to Louise Barrett the Chief Marketing and Sales BOD of Solwise. Their products are carefully selected to represent the best value for money within their sector. Solwise is located in the United Kingdom and has been in the market for 18 years.

We would like to introduce Louise Barrett from Solwise, our UK distributor. Solwise used to be one of the largest suppliers of 56k modems in the UK! These days they focus more on building-to-building WiFi, data connections in schools and hotels, and trying to keep up with the supply of Poynting XPOL-1 antennas to the British public! 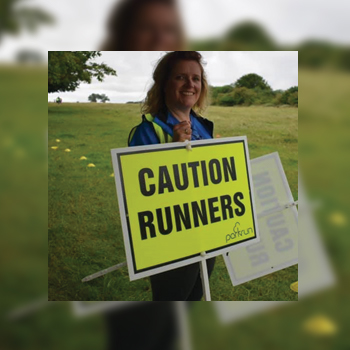 She studied European Business Studies and has been in sales and marketing for 30 years, of which she has been with Solwise for 18 years as Chief Marketing & Sales BOD.

She’s involved with Parkrun as a race director and enjoys running and volunteering as part of this initiative. They have a dog, Lulu, who also keeps her fit while walking.

Louise loves cooking for and dining out with friends and family, excluding aubergines though! As a family they are interested in watching motor-racing; cars and bikes.

She had two children, of which Ellis is no longer with them and Alex aged 15, a smart-arsed teenager that apparently knows it all ;-).

Louise has traveled extensively in her younger years as a military child; however, Italy remains her favourite place that attracts her to keep returning to outside of her own country.

We asked Louise what she would change in her life, to which she said, “My bank balance!!”