Poynting has embarked on a territorial expansion programme, establishing its presence in key locations around the globe. In Europe, Poynting has situated its regional base in Munich Germany headed by Mr. Tjeerd Huitema, who brings extensive experience from a product distribution background previously in Germany and Poland. 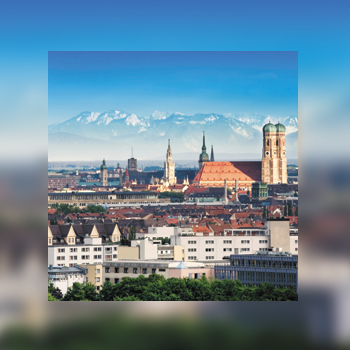 “It is an honour and indeed very refreshing to be part of the Poynting team and I look forward to growing and improving our portfolio together with our customers.” says Mr Huitema. As of October 16th 2015 Poynting will be servicing its existing customers directly from the Munich office. The sales and distribution operations under the distribution agreement with the previous distributor headed by Dr Herbert Bauer, who traded under the Poynting brand, terminates and ceases to operate on October 16th 2015.

“Our direct presence in Europe shows our commitment to provide better value to the market in Germany and Europe. Improved pricing, increased stockholding and generally increased levels of service for meeting the needs of the market will be one of our objectives” says Michael Howard, CEO of Poynting Group. “Poynting intends to service and grow suitable distributors who see value in the quality and commitment of Poynting products”.

“Poynting intends as part of its strategy in the territory to broaden the distribution in the different countries, widen the product range, allowing its market to benefit from the latest emerging wireless technologies which promise to change the landscape of fixed wireless broadband towards 2020..” according Poynting’s chairman and founder Dr Andre Fourie.

Poynting holds various patents in many countries and prides itself for its spirit of innovation that has led to the global success of the company since its inception in 2002. Contact for press enquires: 4pr@poynting.co.za Web: www.poyntstage.wpengine.com