Do I Use The PUCK or MIMO-3 On A Camper_

Question: I’m thinking of buying one of your 4G antennas for my camper. I’m considering the PUCK-2 or the MIMO-3-V2-12. Can you tell me what the difference between two antennas?

Answer: Customers often evaluate an antenna primarily on the gain and how that relates to price. If one looks at the ‘gain’ differences between the PUCK-2 and MIMO-3 then we agree this can be a difficult decision. The answer however lies in the other performance characteristics of the antenna, for which you will see that the MIMO-3 is actually a better antenna and a good choice in spite of the higher costs. Please have a look at the technical specification sheets on our website https://poynting.tech/

Poynting manufacture excellent quality antennas, which often need to be housed in different enclosure types and sizes due to the different physical requirements for various implementation types. When the engineering team have the space to work with, in a larger enclosure, then they take advantage of that benefit and push the boundaries of the antenna performance. These performance benefits are not always obvious, unless one digs deeper into the technical sheets of the different antennas.

The PUCK is intentionally a much smaller and compact antenna, when compared to the MIMO-3 antenna. For this smaller size antenna, it compares favourably to our competitor antennas, but cannot perform as well as the MIMO-3, which is significantly larger and also costs more.

In essence, if you are able to choose a larger antenna like the MIMO-3 and are prepared to pay the extra costs, then rather do so (not necessarily always true with all antenna makes and models). If not possible to use the larger MIMO-3 and a smaller size antenna is an aesthetical requirement or a physical limitation, then the PUCK-2 can be chosen. 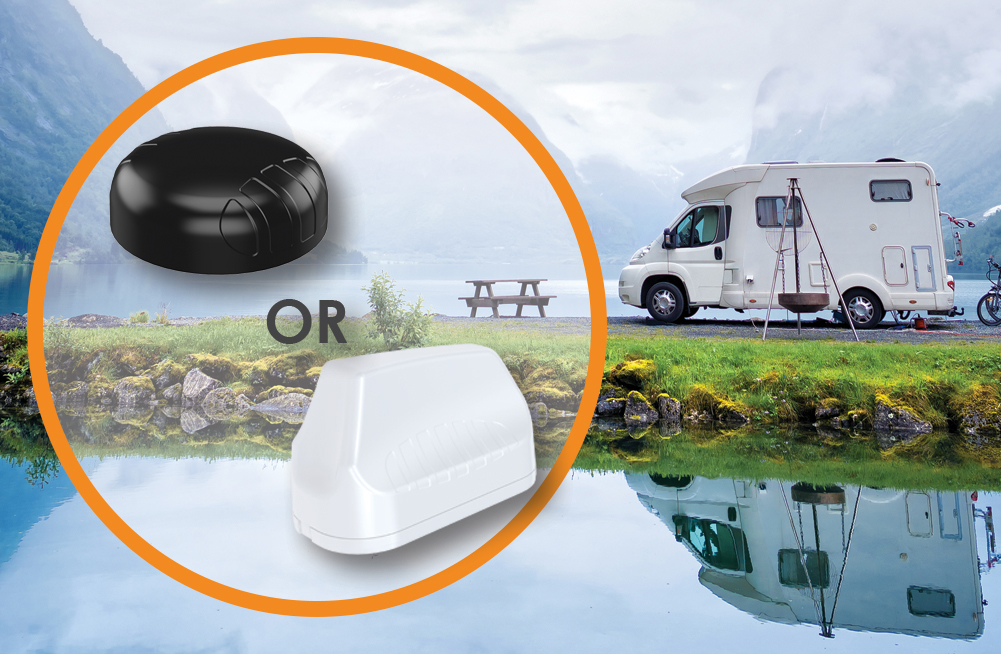 Getting down to the technical aspects of where the MIMO-3 is better:

When to choose the PUCK antenna:

The above comparison highlights the advantages of the MIMO-3, but the PUCK antenna remains an excellent choice for applicable applications. The PUCK series of antennas offer a mighty punch for their size – that is why many customers believe it performs almost as well as the MIMO-3. The reality is that the MIMO-3 antenna allows for larger antenna designs, which allow for better performance.

In summary: A camper has sufficient space on the roof (usually) and is often used in rural areas away from towns and away from cellular base stations, therefore requiring a better antenna. The higher costs of the MIMO-3 may just be worth it in the longer run.